The mission of the Department of Architecture is to train future architects who can lead the architectural profession into the digital age, with an understanding of context as means of respecting local heritage, by maintaining a balance between digital design, professional content, and contextual, humanistic and sustainable approaches.

The aim is to equip future architects with a comprehensive vision integrating various aspects of the built environment: how it is planned, designed, used and appreciated by society; and to prepare students for starting a successful professional and academic career as Architects by granting them an internationally recognized Professional Degree validated by the International Union of Architects (UNESCO/UIA).

In 2011, the Architectural Engineering degree was approved by the Egyptian Supreme Council of Universities to be equivalent to its Egyptian counterparts

In 2015, the Department of Architecture was inaugurated. 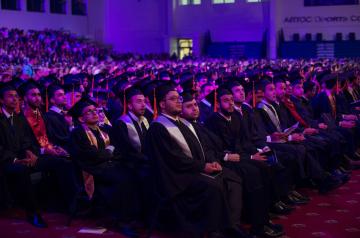